The New York skyline is everyone’s favorite backdrop. Especially for an elopement. So this Long Island City elopement showcased the New York skyline perfectly. But Kristen and Johan had known that for a long time because their apartment was situated on the outskirts of Long Island City. So instead of traveling to an exotic location, they invited their friends and family to join them at their apartment for brunch. Family filled up the large, confetti balloons and their sweet beagle ran between everyone’s legs. Their small apartment became a hubbub of pre-elopement activity.

It was hot, and Kristen’s short, cocktail length wedding dress was perfect for keeping cool. Not messy, fussy or something to drag around. The sun was beating down on their rooftop elopement. But clouds past overhead and gave some temporary relief from the heat. Their beagle even laid down during the ceremony and took a brief nap as their officiant announced them legally married.

Champagne corks popped and yay flags that the bride had constructed waived in the air as everyone celebrated the couples elopement. As the small bunch walked over for local bar snacks and drinks, Long Island City sidewalks were filled with other people enjoying the summer day. With many congratulations and head pats for their beagle, Kristen threw off her heels. A small elopement, in their own apartment, in Long Island City, brought together just the closest friends and family to enjoy a hot summer day overlooking New York City. 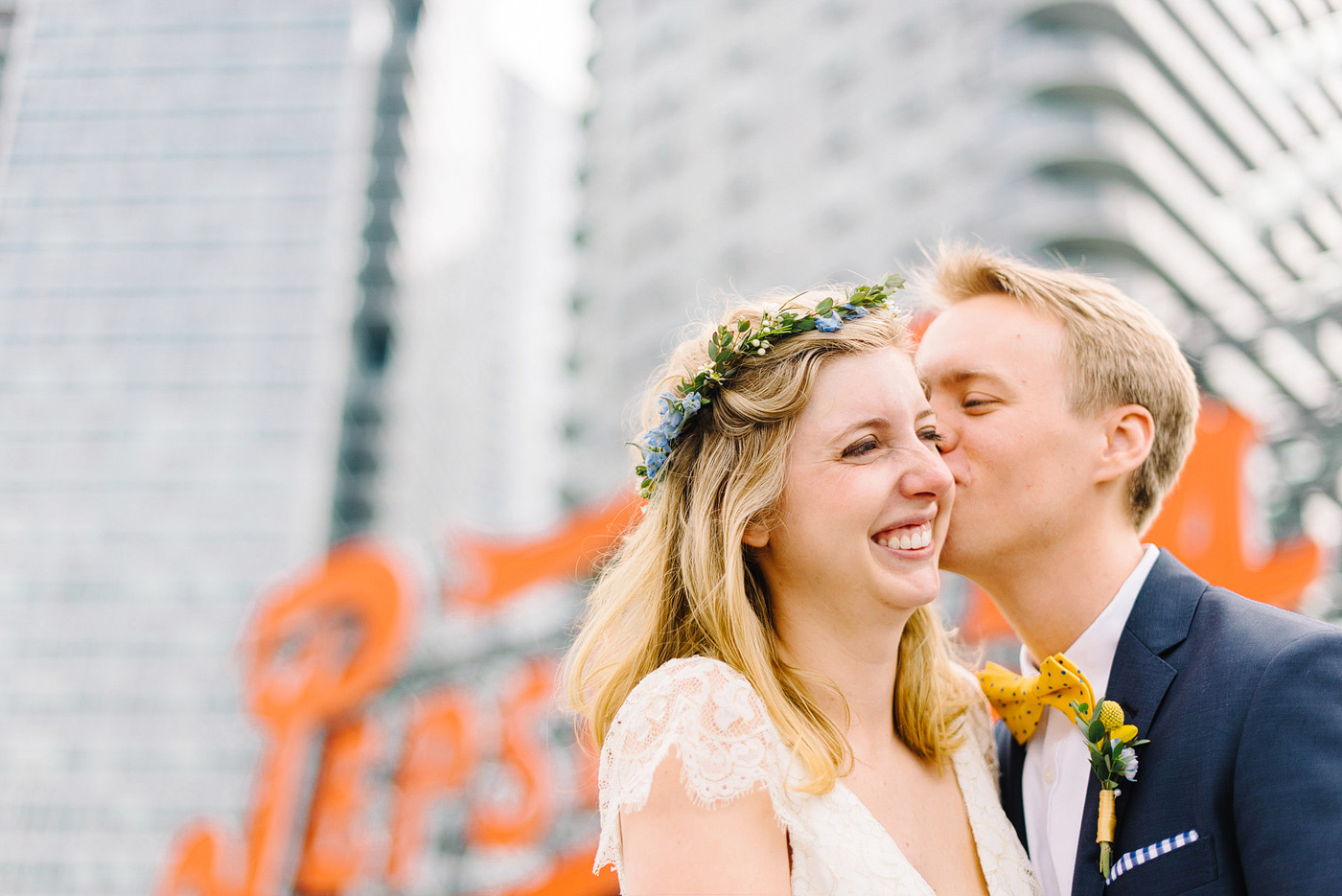 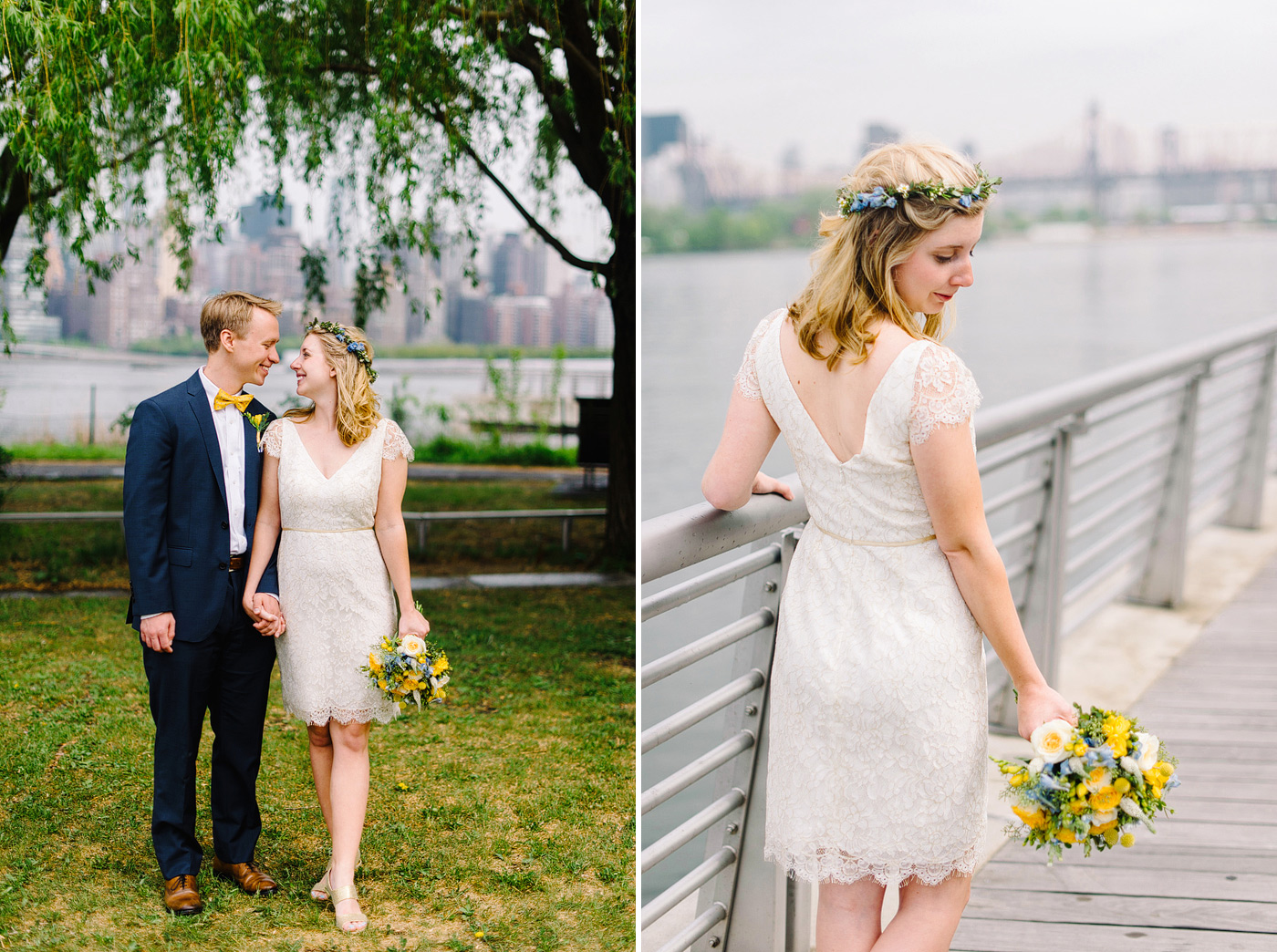 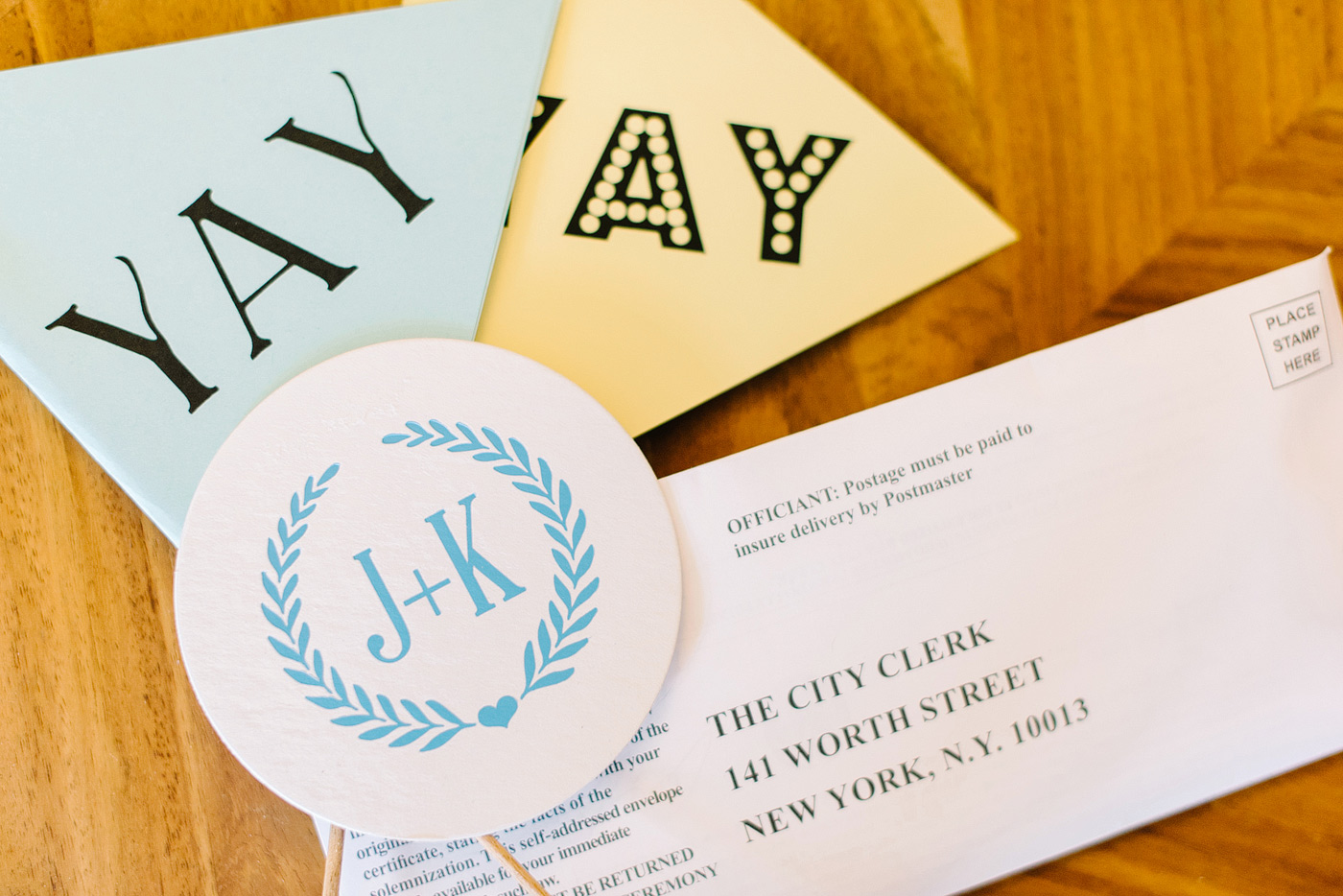 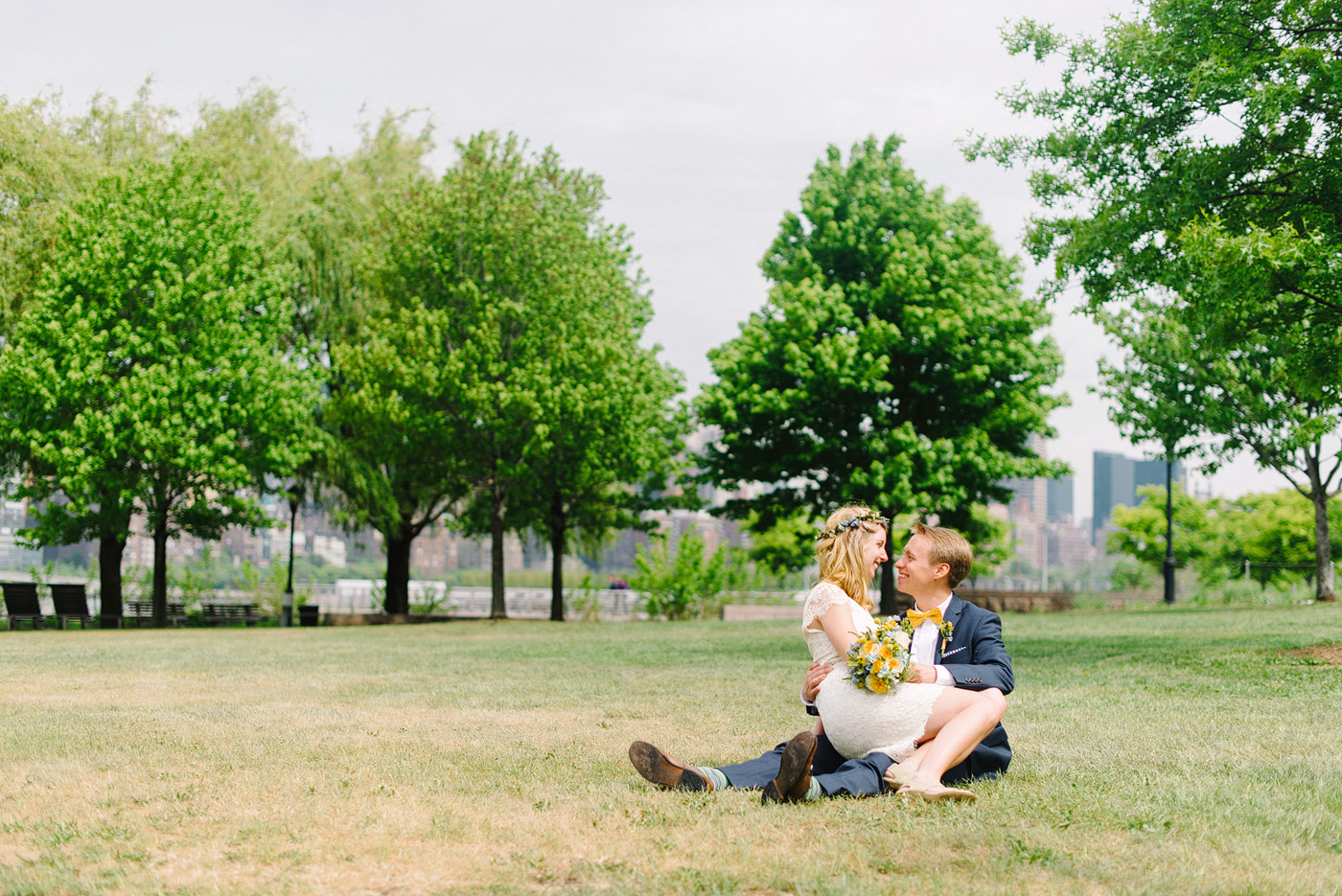 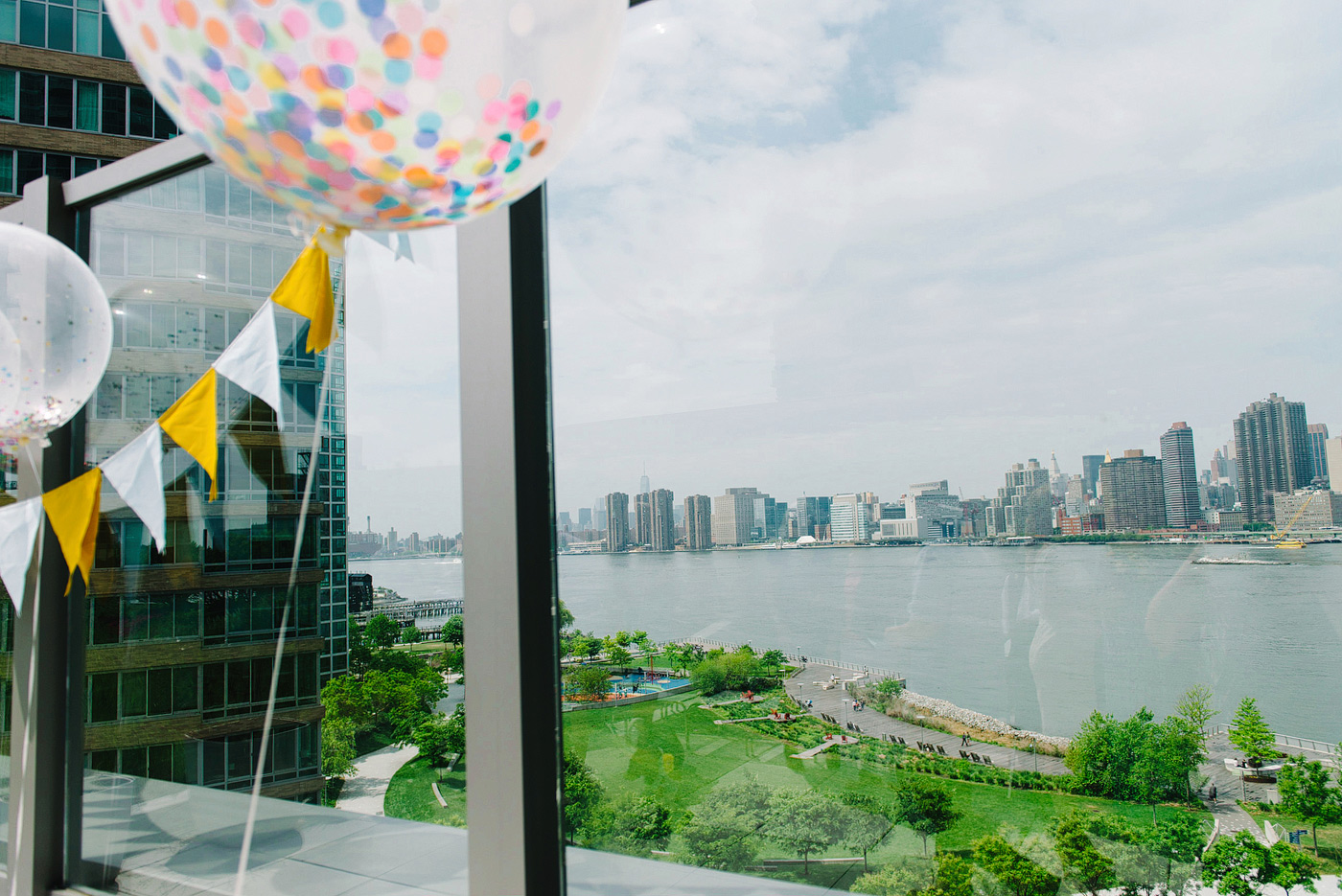 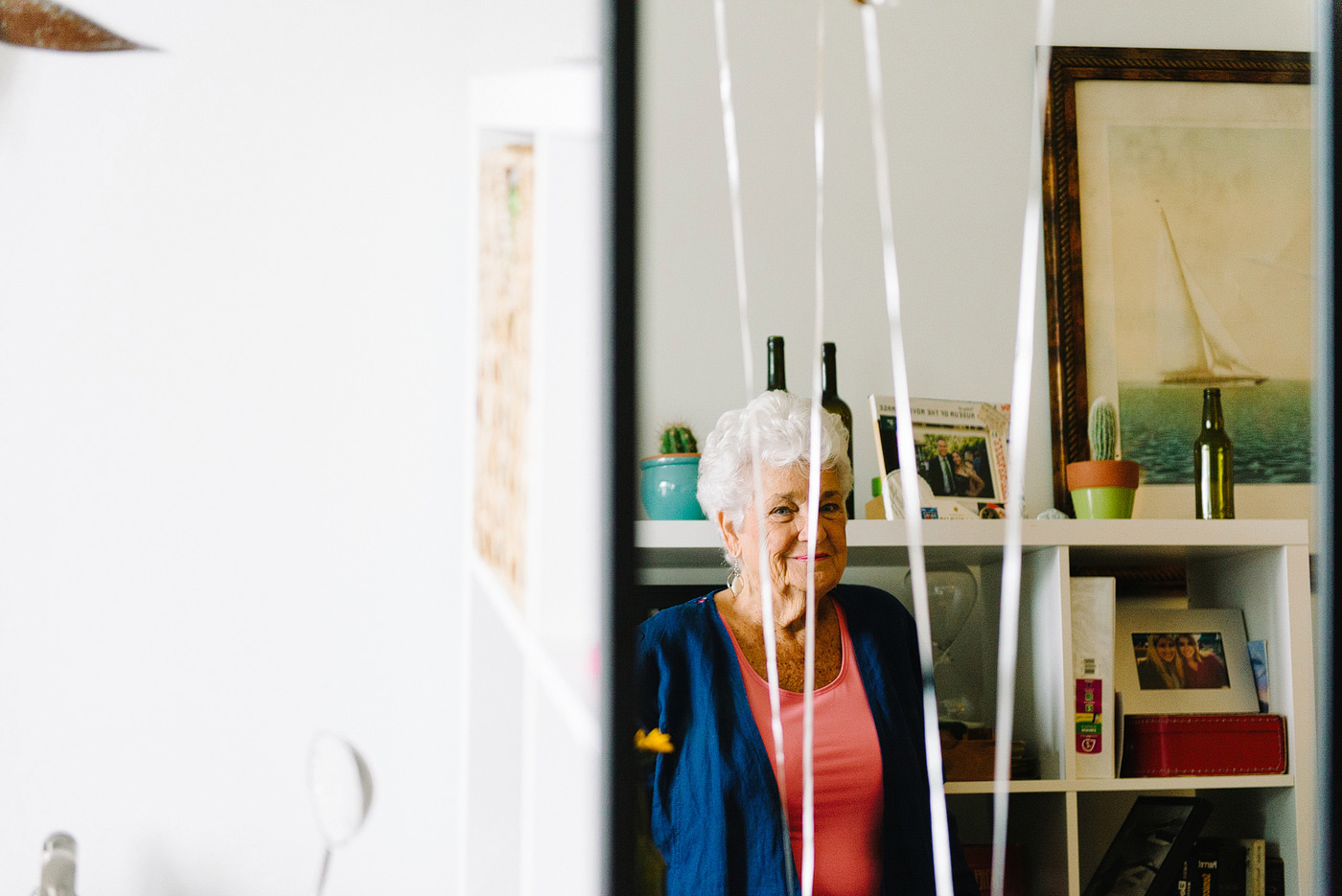 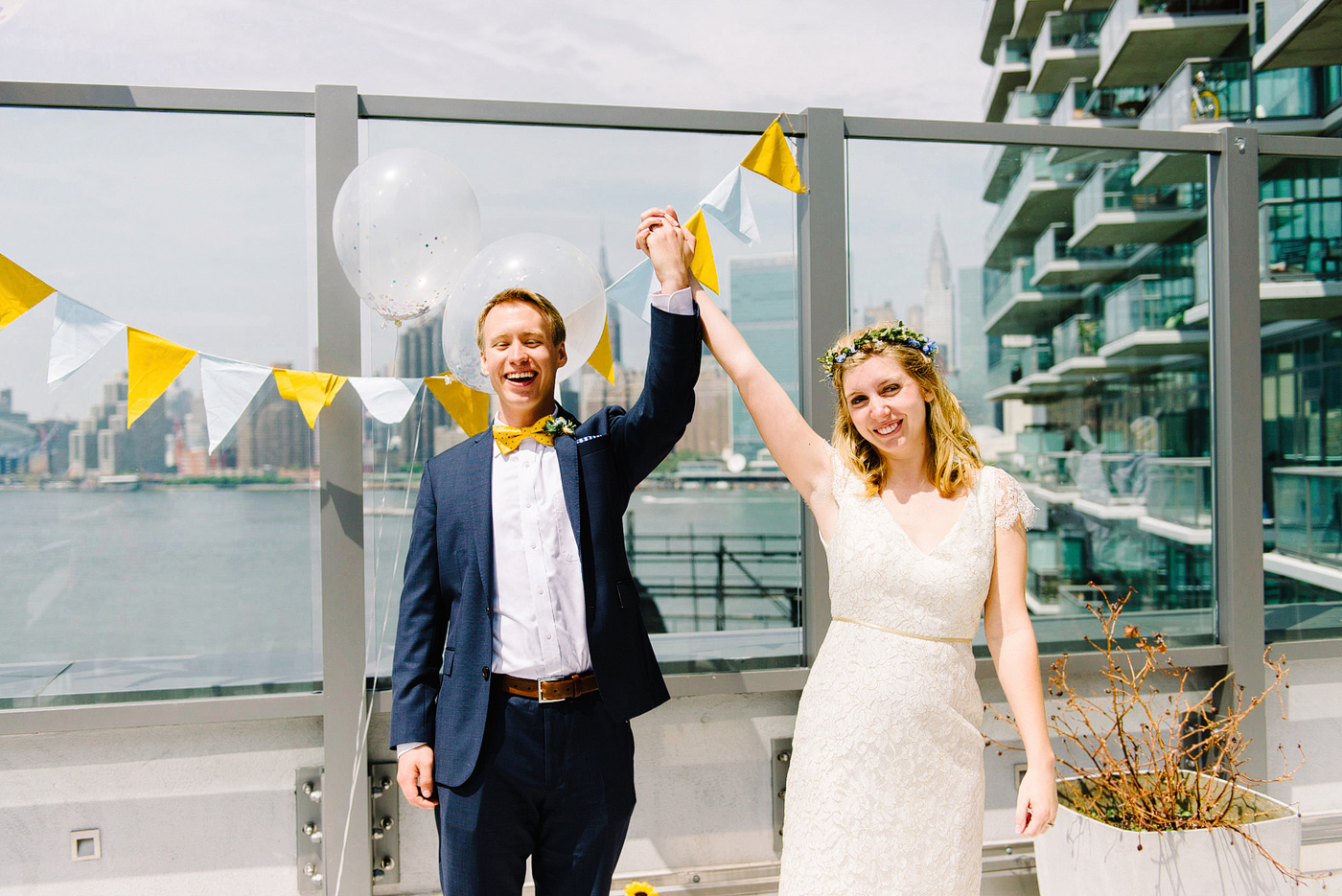 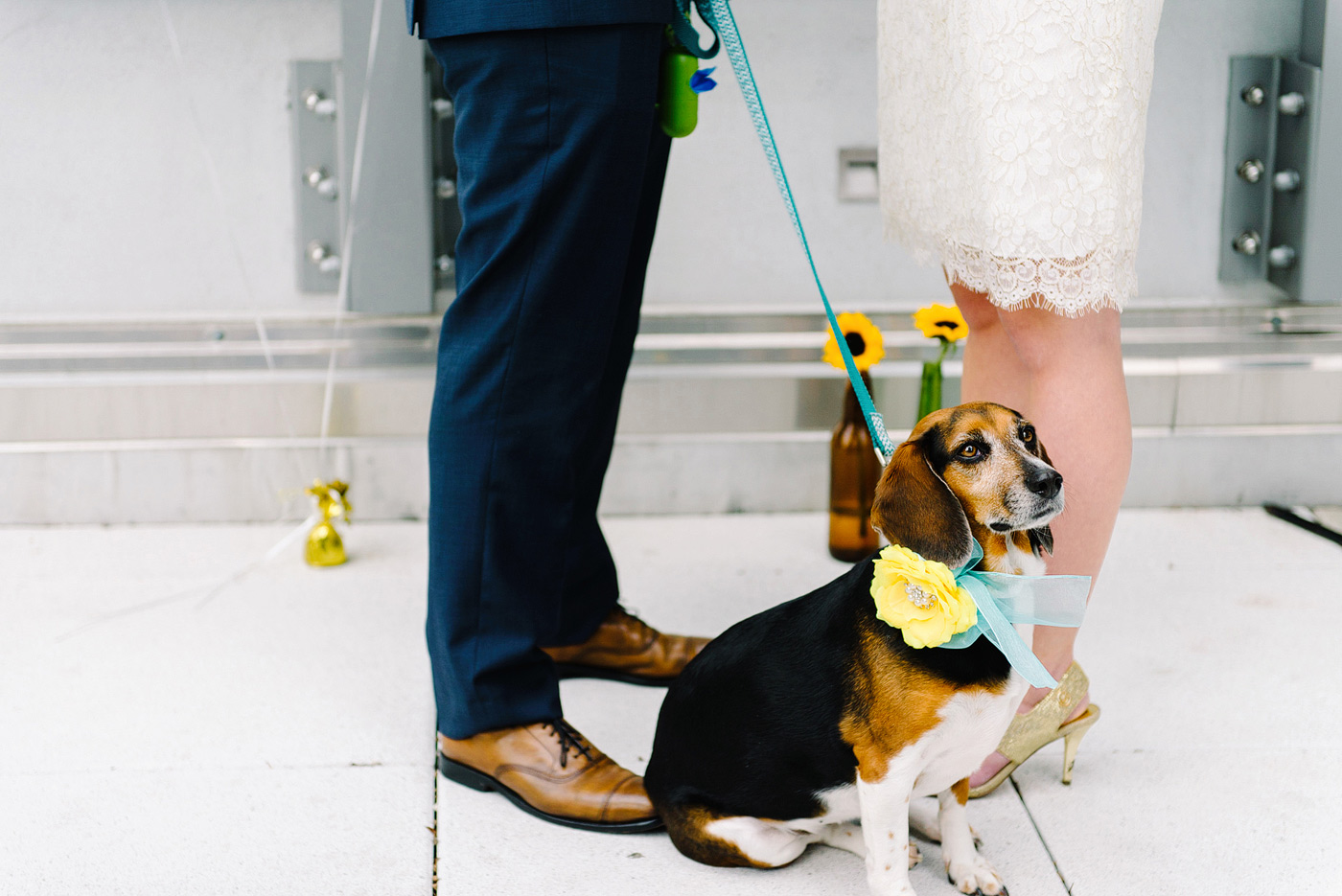 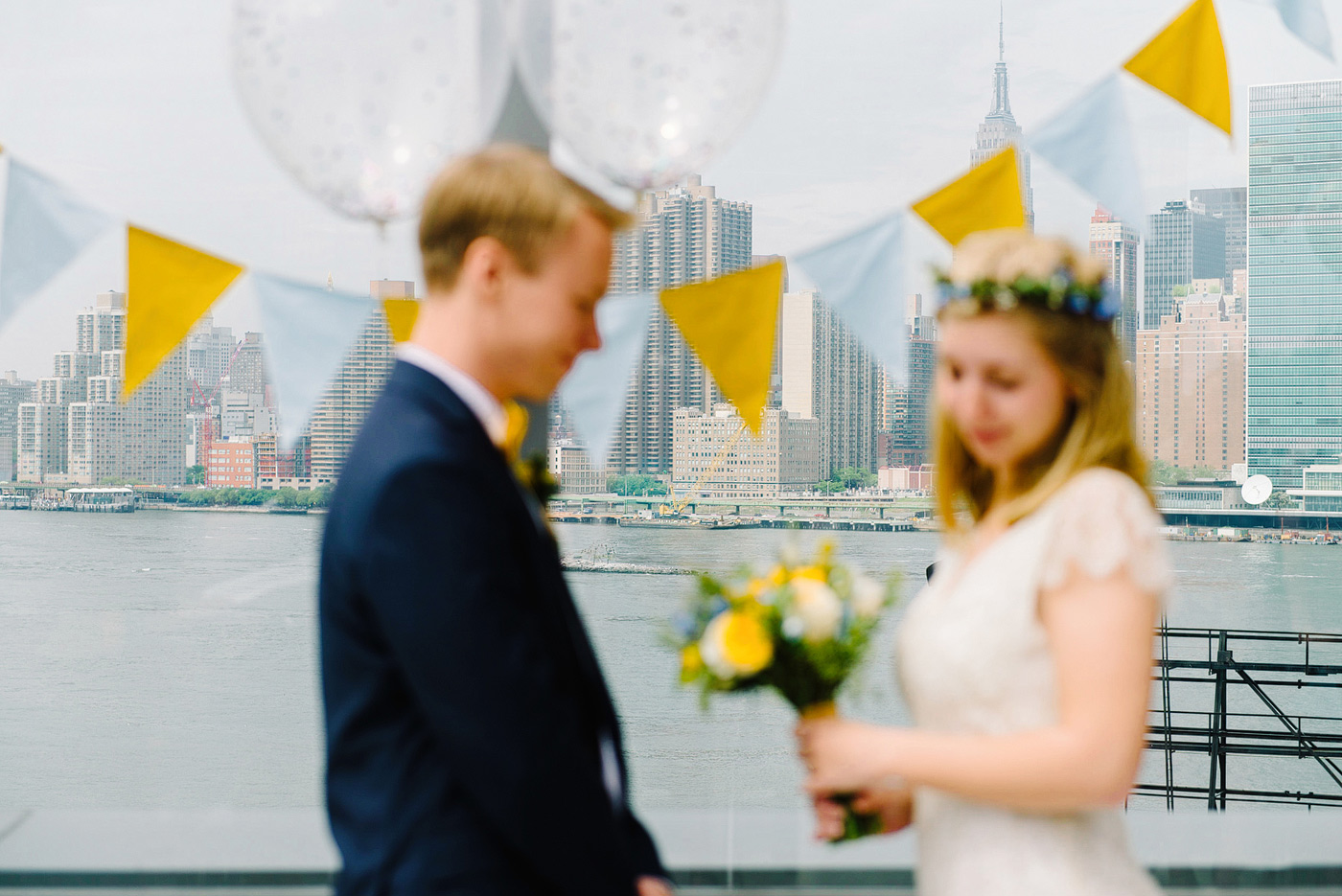