Do you KNOW how hard it’s been to be keep this a secret? For a month? But it’s official, Finch is our new dog!! 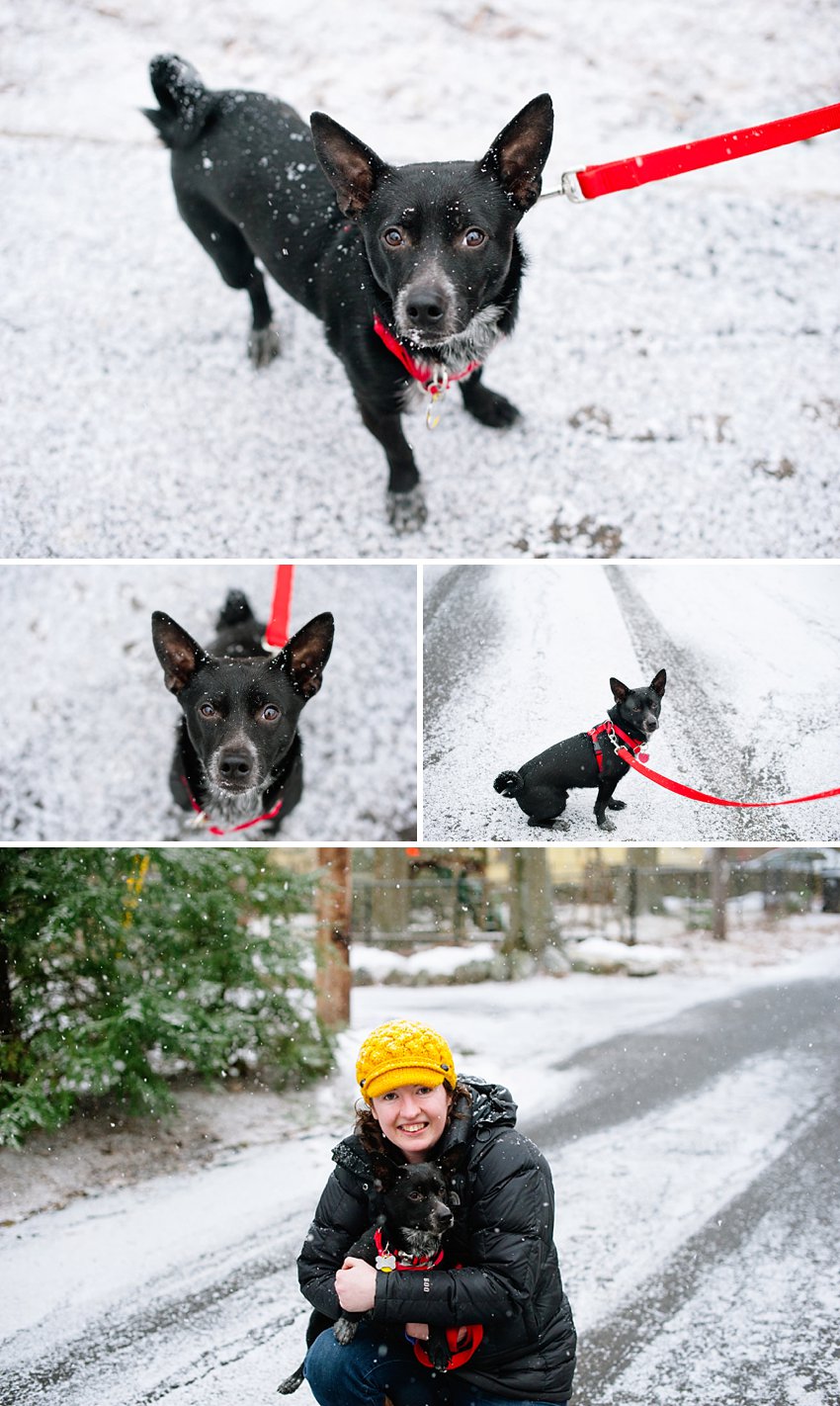 Natalie and I already have enough pets to make us check off the box “Crazy cat lady lesbians” on any survey. I started volunteering at animal shelters every Saturday since I was 13 (who loves you when you have no friends? Shelter cats!) and went on to be an adoption counselor at a shelter, work at an emergency animal hospital for 4 years and be a foster mom for rabbits for 10. So yeah. I’m all in. But a dog seemed like a much bigger commitment. We had wanted a dog for a whole bunch of reasons for the last 2 years in particular (that’s a whole other blog post) and Natalie had been surfing petfinder unofficially for awhile.

While in San Diego, we just knew it was the right time so we emailed a bunch of rescues. We wanted a dog:

I told Natalie we would go to a few adoption events, get our feet wet, talk to people, prepare the house and then start seriously looking. HA! That’s apparently not what was in the stars.

We walked into our first adoption event and I saw Finch across the room. I squealed at his big ears and cute little body. So we went over and he was just killing me with his pig-like snorting. I told the foster mom our situation and this was just our beginning of searching. And then she said those magic words: “Oh! You have rabbits? I have a free range rabbit that he loves.” Um…what? Excuse me? You HAVE a rabbit that he loves? Sooooo you can see where that went. I promptly fell in love. And we adopted him and said we would pick him up the next day because we had ZERO prep in the house. We ran around like nuts getting any supply we could think of. Not the best way to do it but hell, we didn’t have time to think. 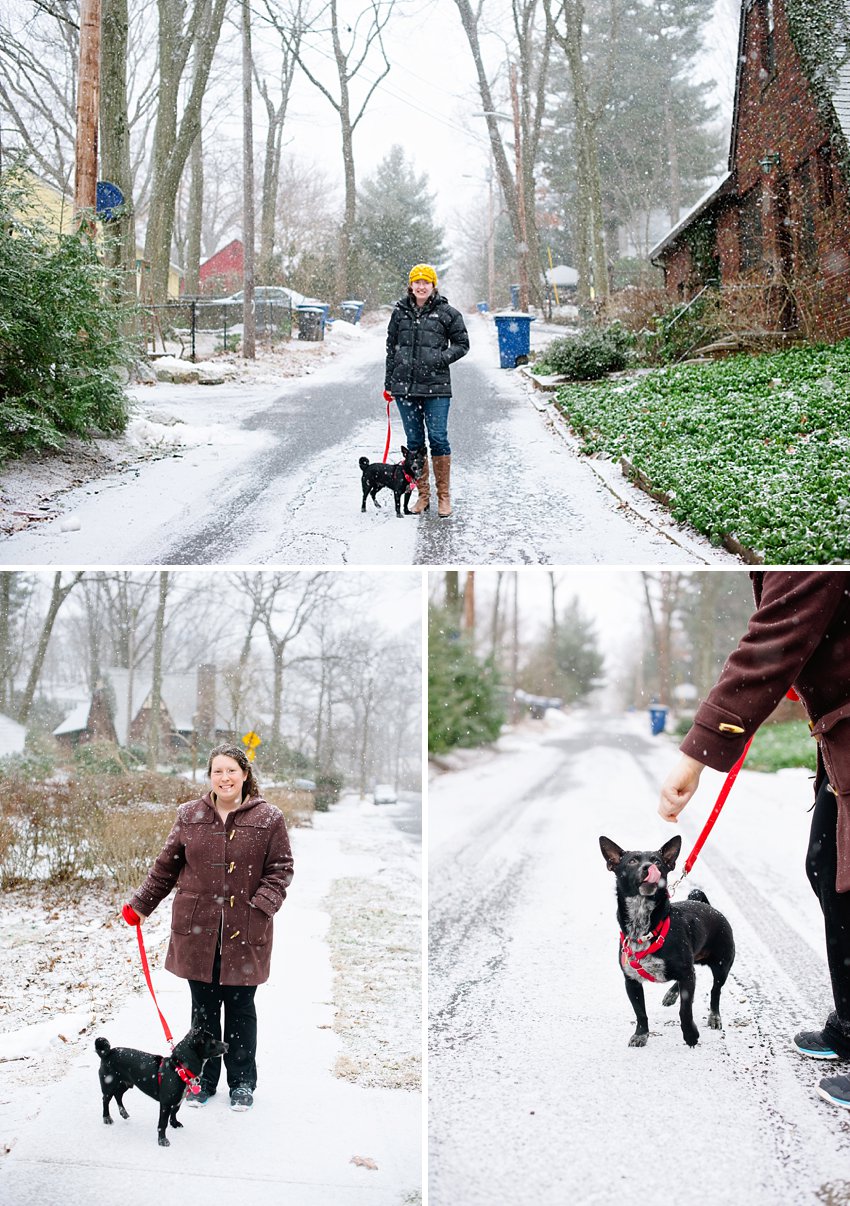 Finch, the name we gave him, has a very sad past that we only really figured out after he got home. He’s a Southern dog from TN that was found stray and at 1/2 his ideal weight. They named him Limpy at the shelter because his back leg was messed up. He stayed at the shelter for 6 months- 6 whole long months because the staff loved him and kept finding a way not to euthanize him with no space in the shelter. But with his leg and the fact he is a black dog (black dogs are the least likely dog to get adopted after pit bulls), his time was up. The shelter reached out and Double Dog Rescue said they had no room either. But by chance, things went his way again and a foster home was found. And a few weeks later he was at the adoption event.

But here’s where is gets shocking. No one realized just how horrible his back leg was because he really gets along well. But our vet suggested an x-ray when we told her he couldn’t sit down all the way and when I accidentally hit it, he was in so much pain. So when the x-ray technician came out and said we had to look at the radiographs because they were really bad, my stomach sank. 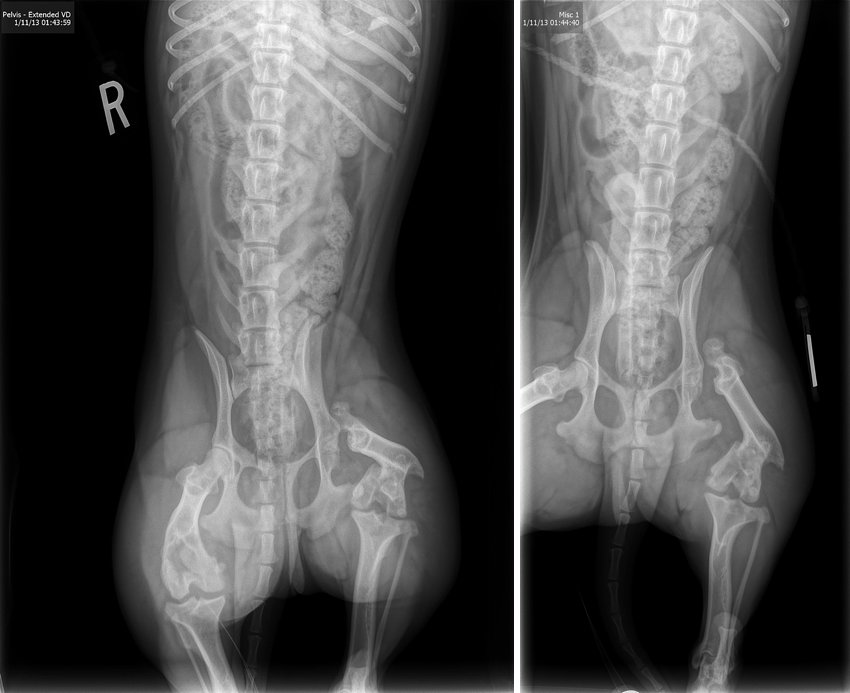 The orthopedic suregon said even hitting him with a baseball bat wouldn’t have been hard enough to do this kind of damage. He must have been hit hard by a car. 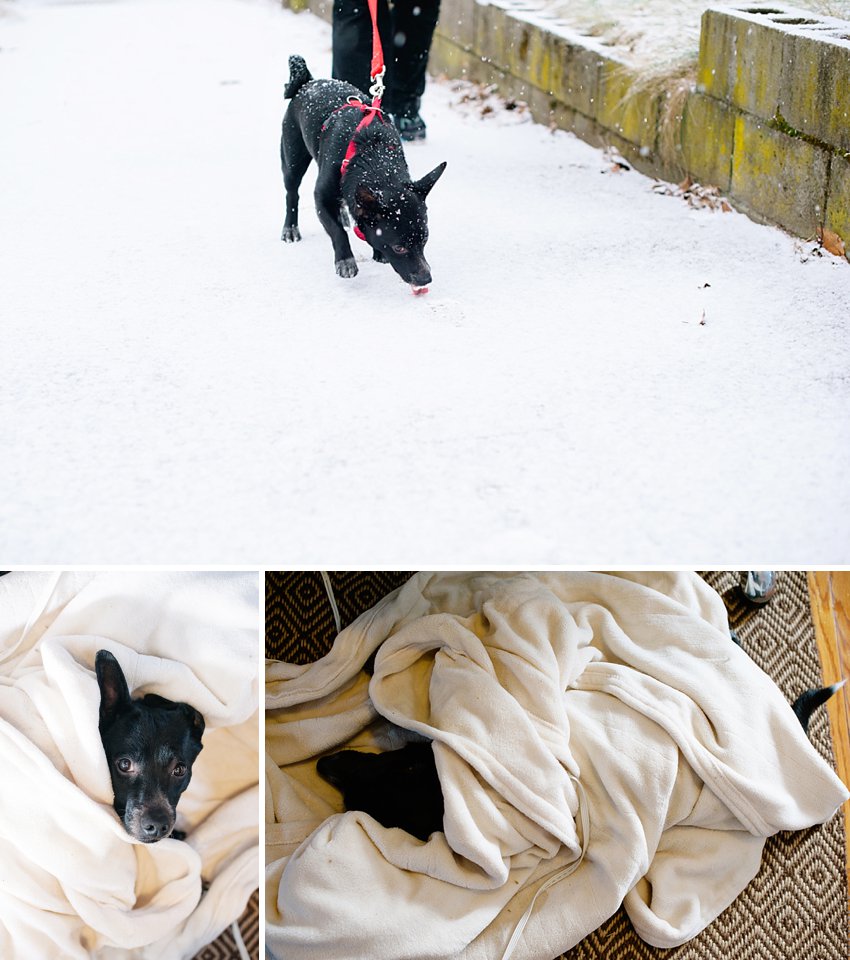 He is beautiful! And such a sweet story. I love your hearts 🙂

We got him right after you left 😀 Well…a bit after.

I thought he was adorable and then, my goodness, that x-ray! I’m so glad he found a home with you! What a cutie!

Thank you everyone! We love him SO much and still can’t believe he is ours. Also any praise for his name is music to our ears because I didn’t even sleep the night before because I didn’t like any name we came up with.

Aaaaaaah, his little face! Poor poor Finch for having to go through all that, but his reward is getting to live with people who care about him so much. Congratulations!

ok, I’m totally in tears. You guys are amazing, and he is amazing. Thank you so much for sharing his story!

He soooo would love to meet you guys!

OMG! That poor little guy managing by himself in all that pain back in the day! Unbelievable. He is probably SO happy to have found a home and to be loved so much! This nearly made me cry. I love when people rescue pets!! <3

Yay for rescue pets 🙂 We are so lucky to have him.

He’s SO CUUUUUTE! I’m so glad you guys were able to give an animal with such a sad past a happy home. I love the name Finch!

You stole my heart with your praise for his name 😉

What a cutie!!!!!!!! So happy you found each other. (Also, that story sounds a lot like how we adopted our 3rd cat. We told our houseguest, “don’t worry, we won’t come home with another cat, we’re just looking. The humane society doesn’t even allow same day adoptions!” Cut to 3 hours later- “Meet Izzy! We love her, and we think she loves us, too!”)