Before Georgetown residents had woken up, Cari and Michael were already sitting on a bench, looking over DC as it came to life. It was very much fall and frost actually had settled on the grass around the park. Before cars could clog the streets, we walked up and down the neighborhood. When I asked them to stop and dance in the middle of the street, Michael looked at me with a flash of nerves. I was reconsidering my request as they awkwardly held hands and swayed. But some of the most fun comes from doing things you aren’t comfortable with. Pushing past the ‘omgomgomg what am I DOING?’ feeling in the pit of your stomach.
Cari’s heels clicked on the pavement, stuttering, and then smoothly becoming not a choreographed dance but delight. Instead of a waltz, Cari led Michael into a joyous movement. Instead of silently counting ‘1,2,3,4’ they simply spun around. Michael, who’s quiet personality fed off of Cari’s outgoing energy, began to even move around a bit more. He watched her laugh and lead him to be weird and silly. Even if that mostly was on her part.
So as we wrapped up the morning of our fall georgetown engagement shoot, they walked past giant piles of leaves. Jump in them? Pose with them? Nah. Let’s play with fall. And so a leaf war on the count of three came alive, with Michael mostly defending himself as waves of leaves flew around them. Leaves in her shoes. Leaves in his coat. And leaves in her hair. Never fussy, Cari laughed as I pointed out she looked like a woodland nymph. 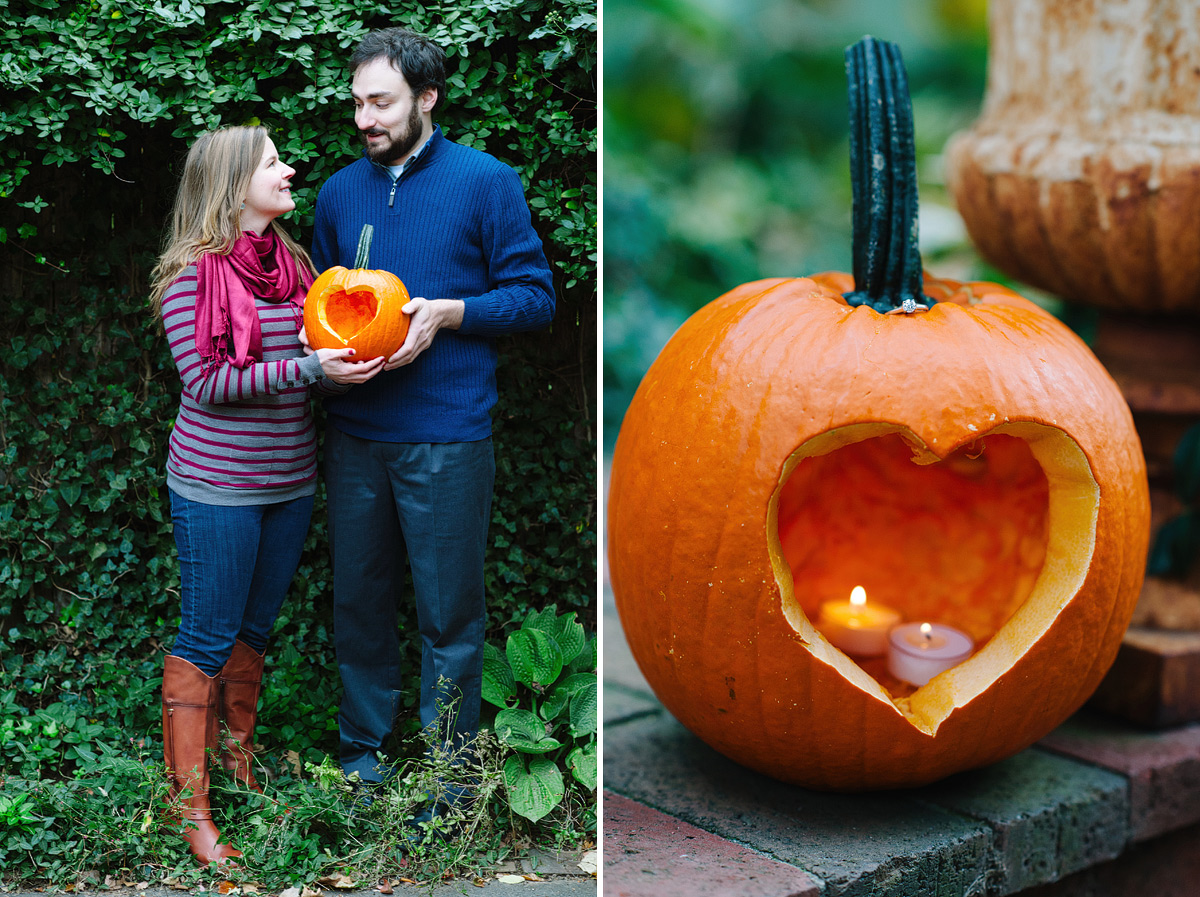 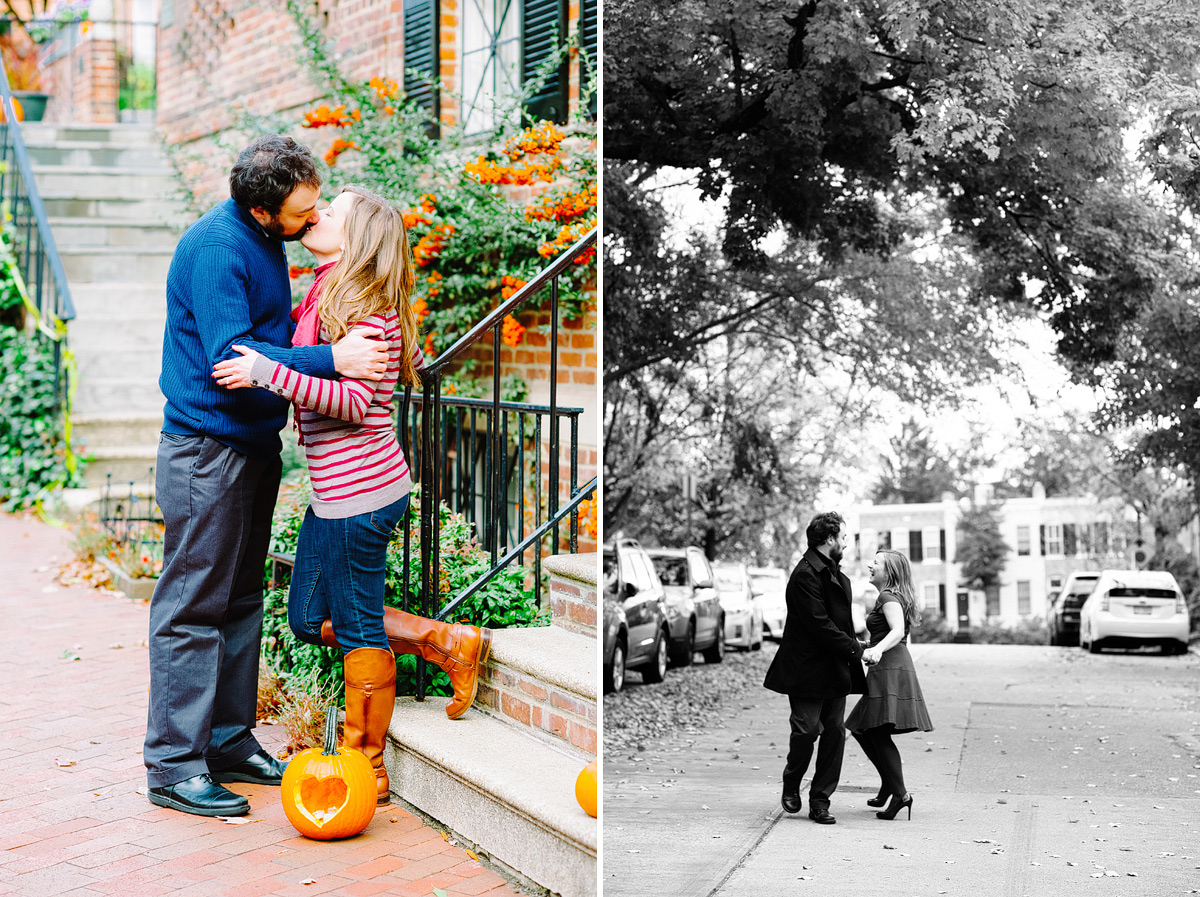 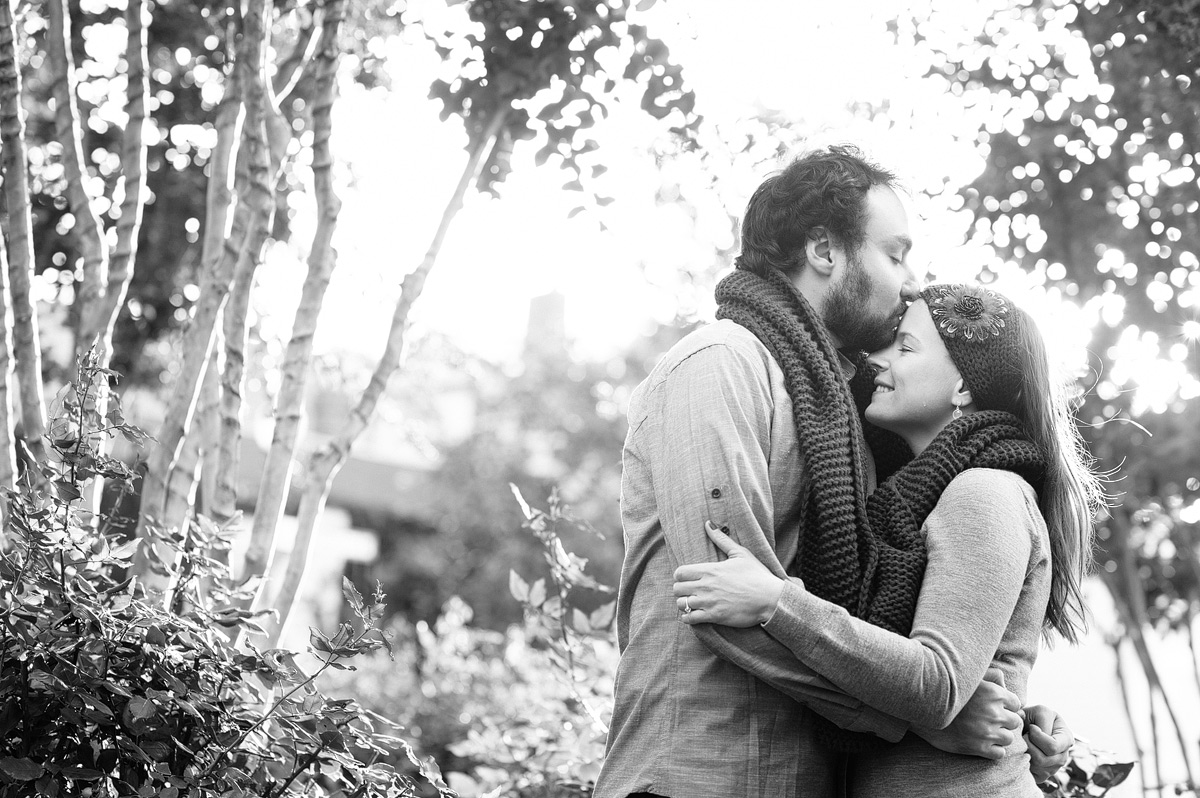 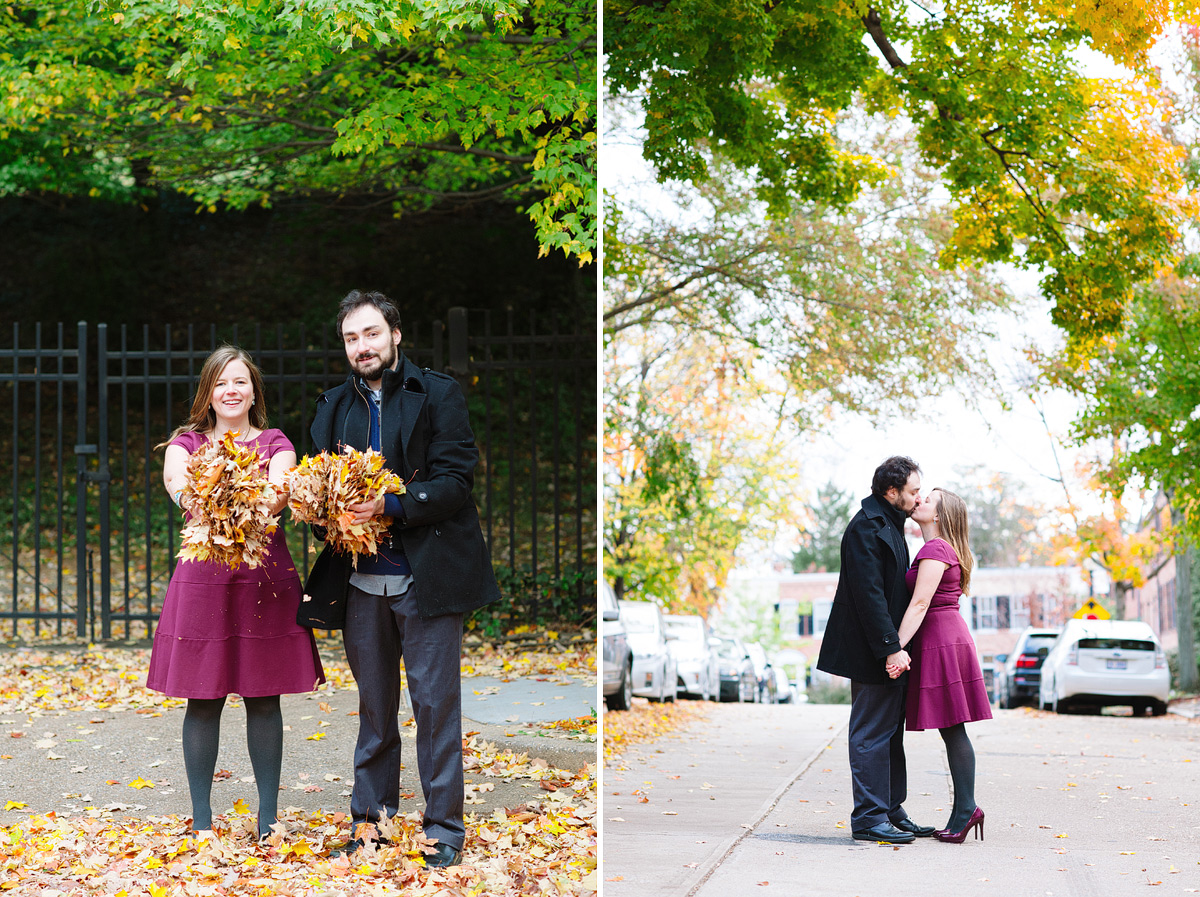 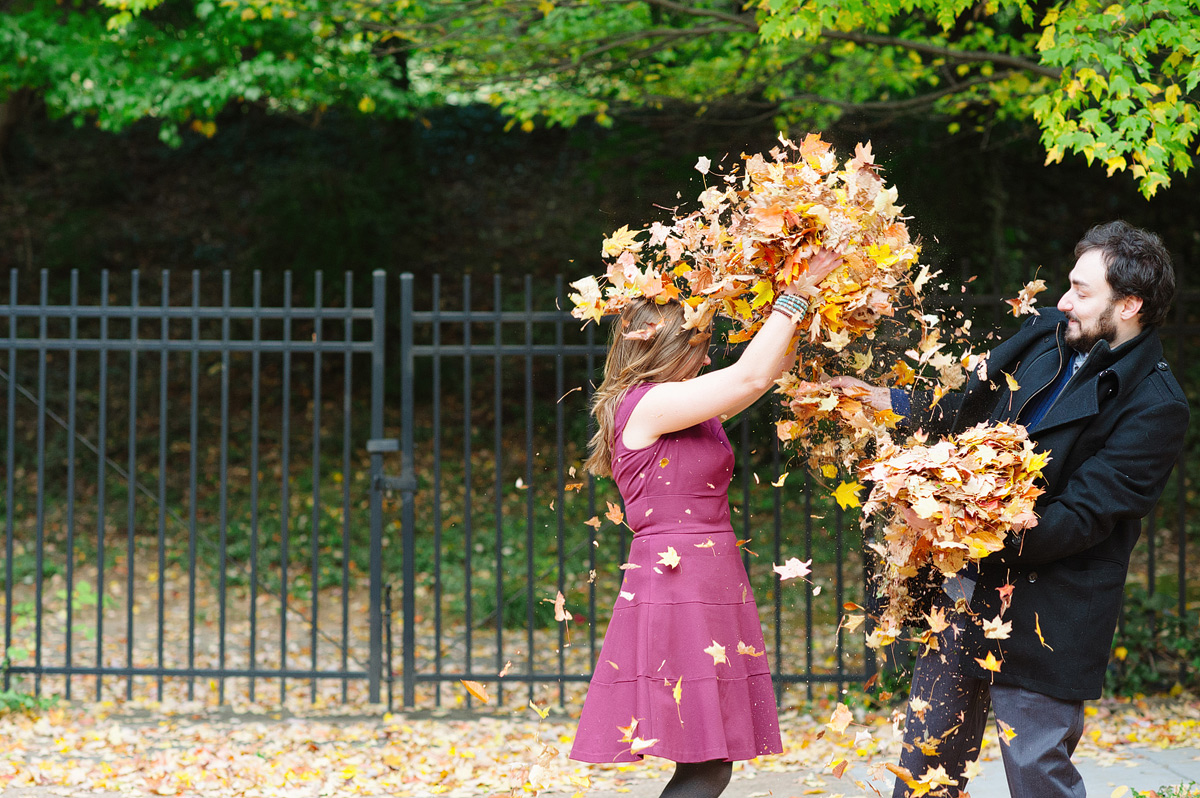 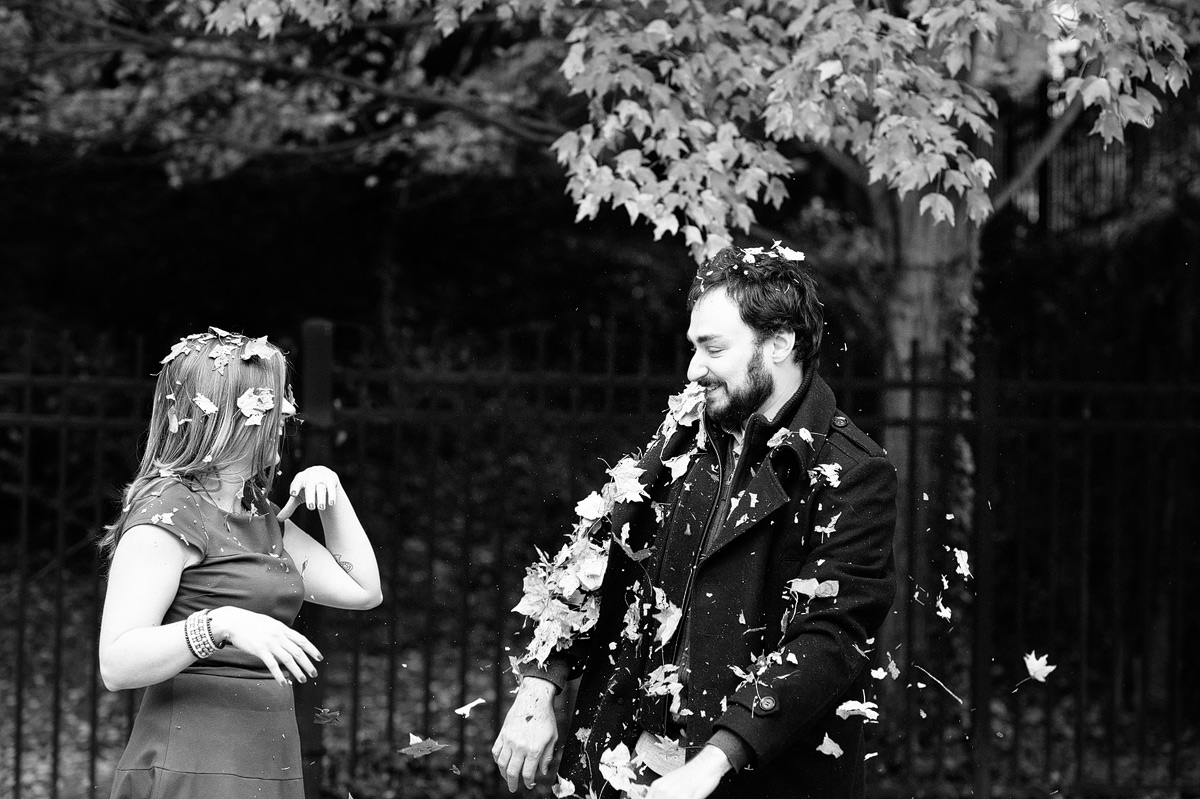 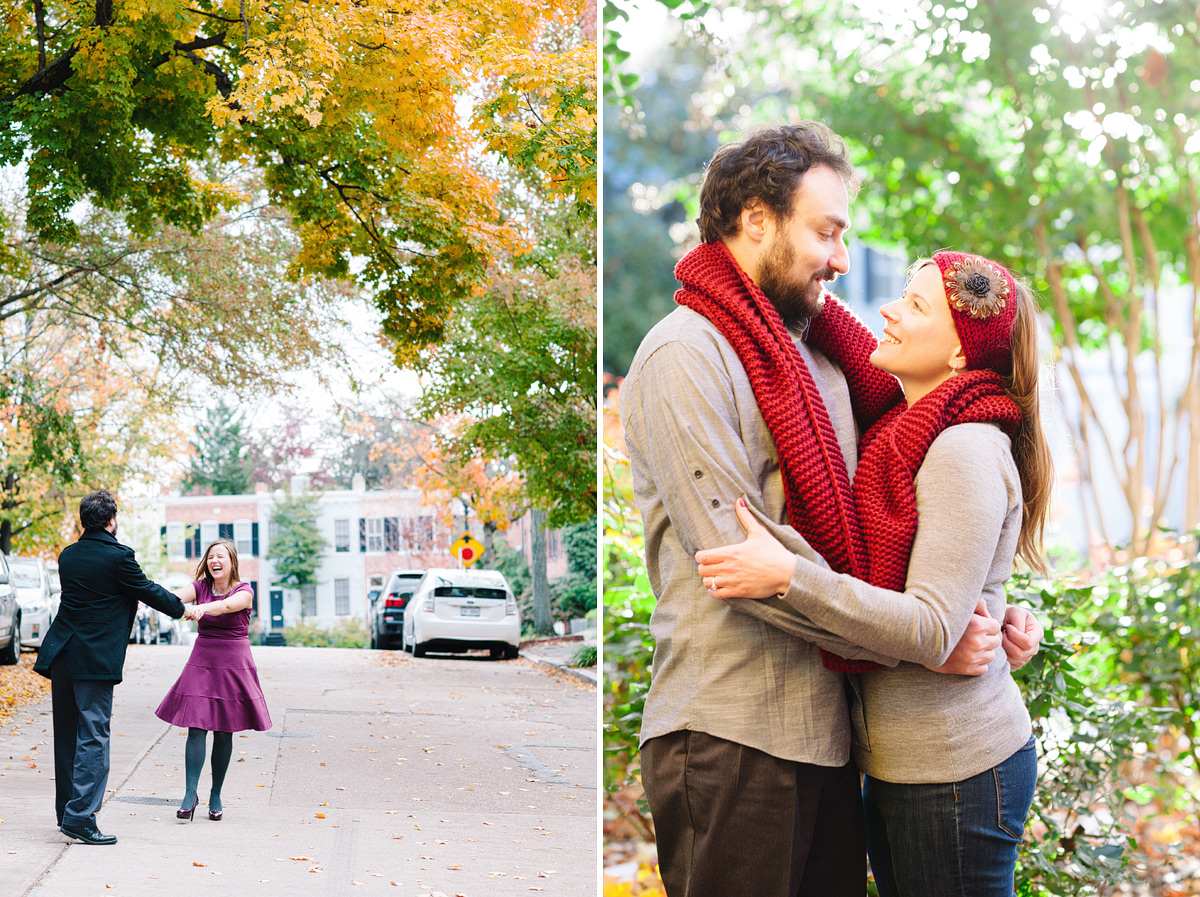